After years of parading down Avenue of Americas, contributing to the cultural palette of New York City and molding some of its most prominent neighborhoods like Washington Heights, Dominicans in the Big Apple have monumental reason to break out their flags and clink glasses of Brugal. 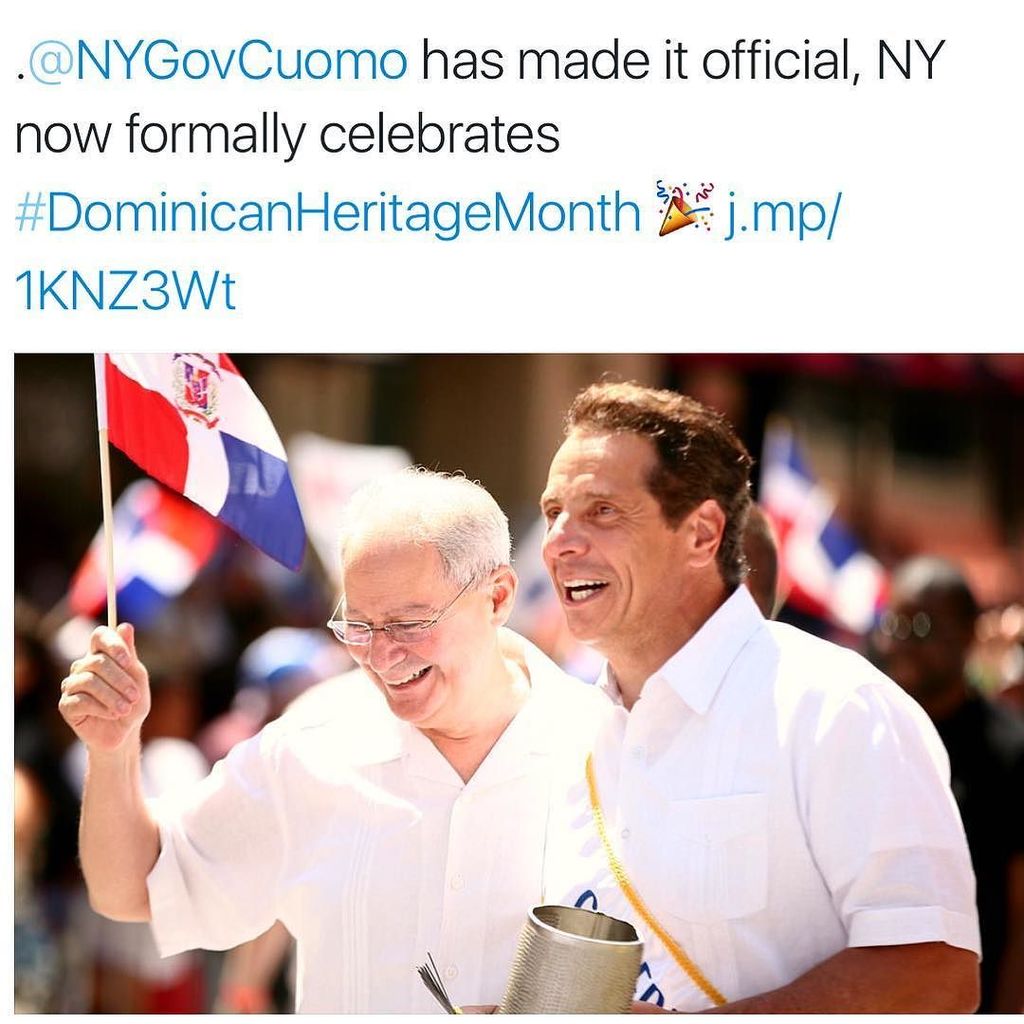 “During the observance of Dominican Heritage Month, our state’s Dominican communities host activities that promote awareness of their culture and heritage through religious and patriotic celebrations such as the national observance of “La Virgen de la Altagracia” (Our Lady of High Grace), the birth of Juan Pablo Duarte – founding father of the Dominican Republic, and the 172nd anniversary of Dominican Independence, which was officially attained on February 27, 1844; in doing so, they help reinforce the Empire State’s reputation as a cultural capital of the world and invite all people to join in recognizing their history, customs, and good will displayed throughout the year,” reads the official proclamation.